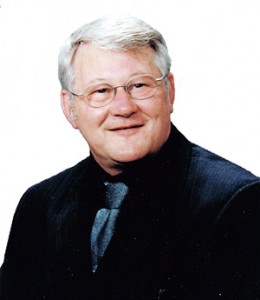 In 2007, Vince Eidsness established Eco-World Real Estate to provide the best possible experience for their growing local and international clientele.  Through Eco-World, Vince and his multi-lingual team of professionals are able to fully customize their client’s real estate experience, while at the same time providing excellent value.

Vince Eidsness The managing broker, is an expert real estate professional with over three decades of experience as an agent, manager and owner.  Beginning his career in Swift Current, Saskatchewan, Vince owned and operated his own real estate business.  During this time, Vince also served as President of the city’s Real Estate Board and was elected to the Real Estate Council of Saskatchewan.  He eventually sold his successful business and moved to Vernon, British Columbia where he managed yet another major real estate company.

In 1992, Vince took his expertise to the Chilliwack area where he spent 17 years facilitating residential and commercial sales in the Fraser Valley & Lower Mainland Area. In year 2007 Vince has relocated again to Vancouver, British Columbia where he once again operated a successful real estate business . In year 2018, we searched for a company that was 100% Canadian owned.  We found Sutton to be that brand and we recently purchased a franchise.  Our company is now called Sutton Group Showplace Realty.  We have offices in Chilliwack, Burnaby and Agassiz.

Vince holds a senior level license as a managing broker and has received numerous awards from his industry, including the Executive Club Award and the 100% Club Award.  In 2012, Vince became an elected member of the Professional Standards Committee for the Real Estate Board of Greater Vancouver.   A strong proponent of corporate social responsibility and community participation, Vince established the first Big Brothers group in his community, was a member of the Kiwanis Club, and a volunteer with Meals on Wheels.